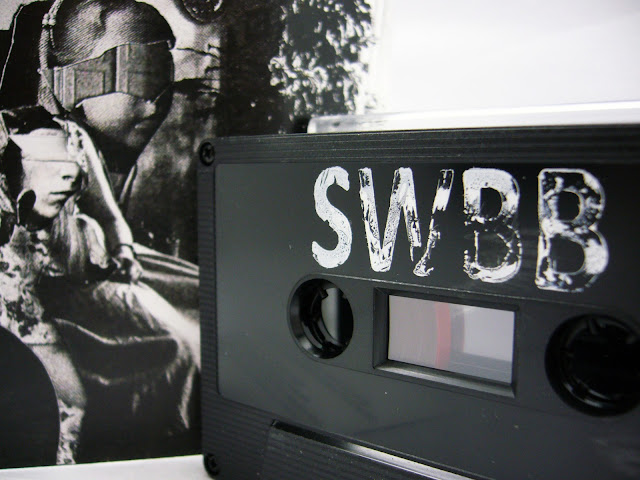 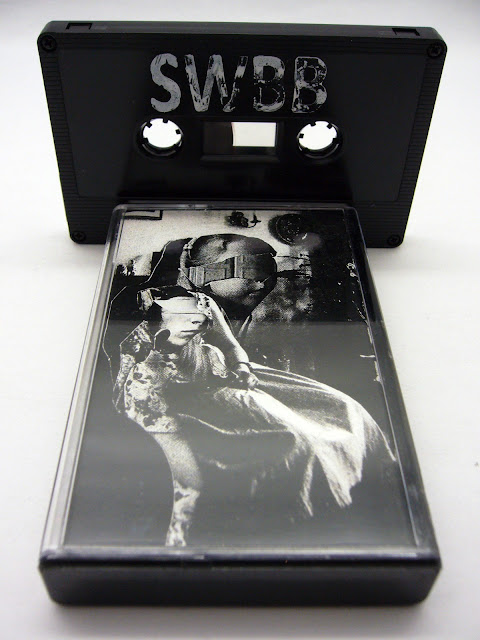 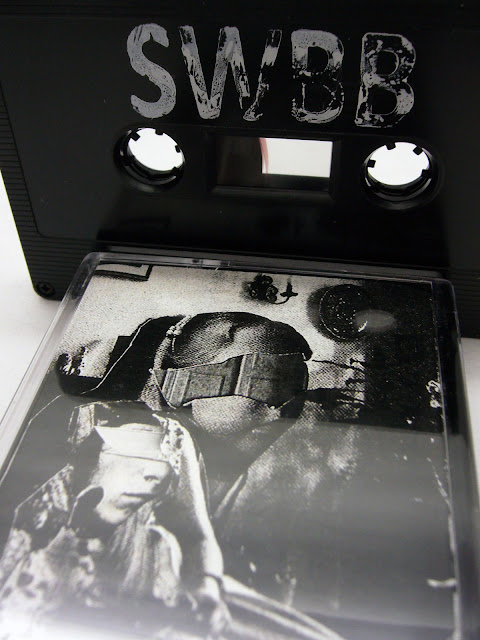 SHE WILL BE BEAUTIFUL


Anton Mobin and Rinus van Alebeek on various Cassette Players with some moderate use of effects.

That night she walked up to the roof and lookedinto the pulsating darkness of her town
side 1 was recorded live at Das Kleine Field Recordings Festival in Berlin, Emitter19, on february 25th, 2012‬
Material used on side one: recordings from the shortest night of the year 2011, by

de Sade
Side 2 was recorded live at Tales for Tapes#7 in Brussels, Traffic Art Gallery, on january 14th, 2010‬
material used on side two: a selection of found tapes and own recordings. 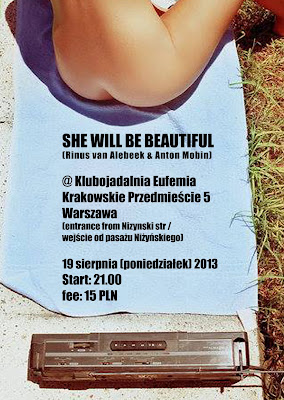 " Stravinskian rage with the phoenicean brutality of sixties stage heroes like Pete Townshend or Jimmy Hendrix. In between these extremes the connaisseur of contemporary and not so contemporary music can recognize influences of Pergolesi, Bach, Antheil and Mobin/van Alebeek at a sometimes incredible speed" and I find Thurston Moore finds "concerts by She will be Beautiful the best energizers you can get "

thanks to
Michal Libera

Born in 1979, sociologist, producer, curator, and music critic. Co-founder of 4.99 Foundation, organiser of concerts, workshops, and rehearsals of, among others, Playback Play, plain. music, The Song Is You. Co-producer of a series of albums devoted to the Polish Radio Experimental Studio and released by Bôłt Records, as well as a series of conceptual-pop albums Populista. He has collaborated with Zachęta National Gallery of Art, Warsaw; Centre of Contemporary Art Ujazdowski Castle, Warsaw; Dunikowski Sculpture Museum in Królikarnia, Warsaw. In the years 2007–2011 he presented a number of programmes about contemporary music on Polish Radio (Channel 2). Since 2001, he has been the editor of a musical series launched by the publishing house słowo/obraz terytoria. His critical essays have appeared in, among others, Glissando, Res Publica, Kultura Współczesna, Recykling Idei, a collected volume of his texts will be published in 2012 by Krytyka Polityczna.